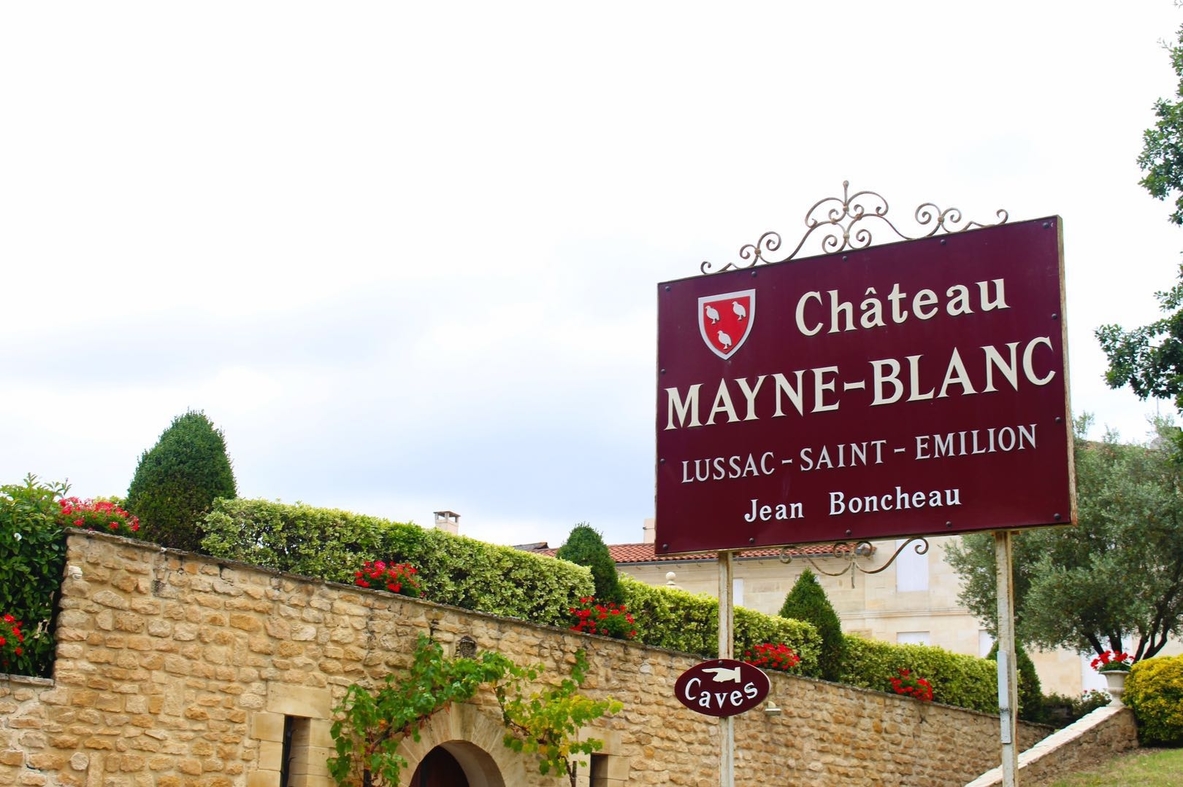 Château Mayne Blanc is located on the hills of Lussac Saint-Émilion, and enjoys a stunning Nature’s gift of adequate sunshine, mild climate and naturally ideal soil. For centuries, Château Mayne Blanc winemakers’ respect for its terroir, passion and dedication have contributed to its success and fame.

As early as 1961, Château Mayne Blanc has been highly respected due to its unique wine quality. A new owner decided to innovate and started the construction of underground cellars and invested in top quality oak barrels. Château Mayne Blanc has gained its fame since then! And it never stopped innovating and improving its winemaking techniques.

In 1983, Château Mayne Blanc reached a new peak after the hard work of several generations. The countless positive reviews and numerous awards sealed its reputation of a charming wine, reflecting a century of crafted and passionate winemaking.

Until 2014, Château Mayne Blanc has welcomed its new proprietor and he strives to continue the estate’s ambition in achieving excellence. 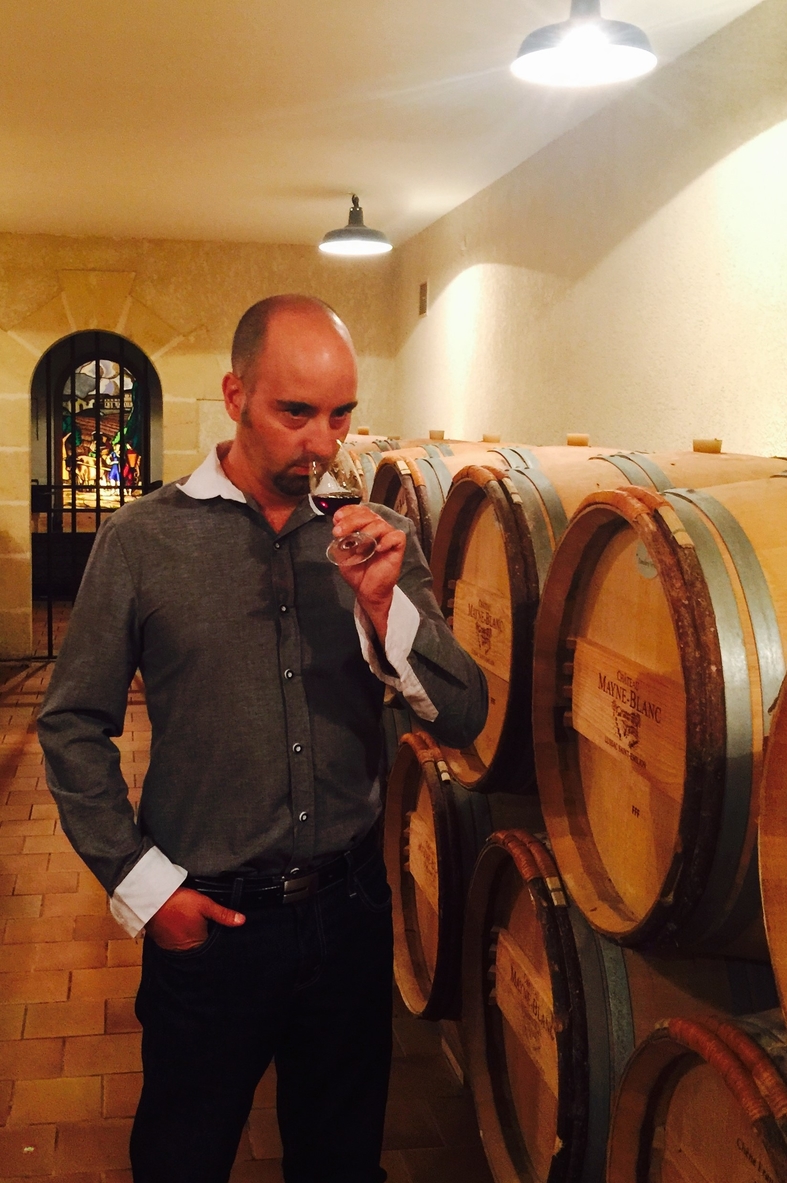 After completion of studies in viticulture, Ludovic left for Chile where he had the opportunity to work with Michel Rolland. After working for some time there, he came back to France and joined a Saint-Émilion property and worked together with Stéphane Derenoncourt for 12 years before he came onboard to The 3 Thinkers, a vineyard management company that manages Château Mayne Blanc.

Ludovic is always passionate in everything he does and loves to share his expertise and knowledge with the team. 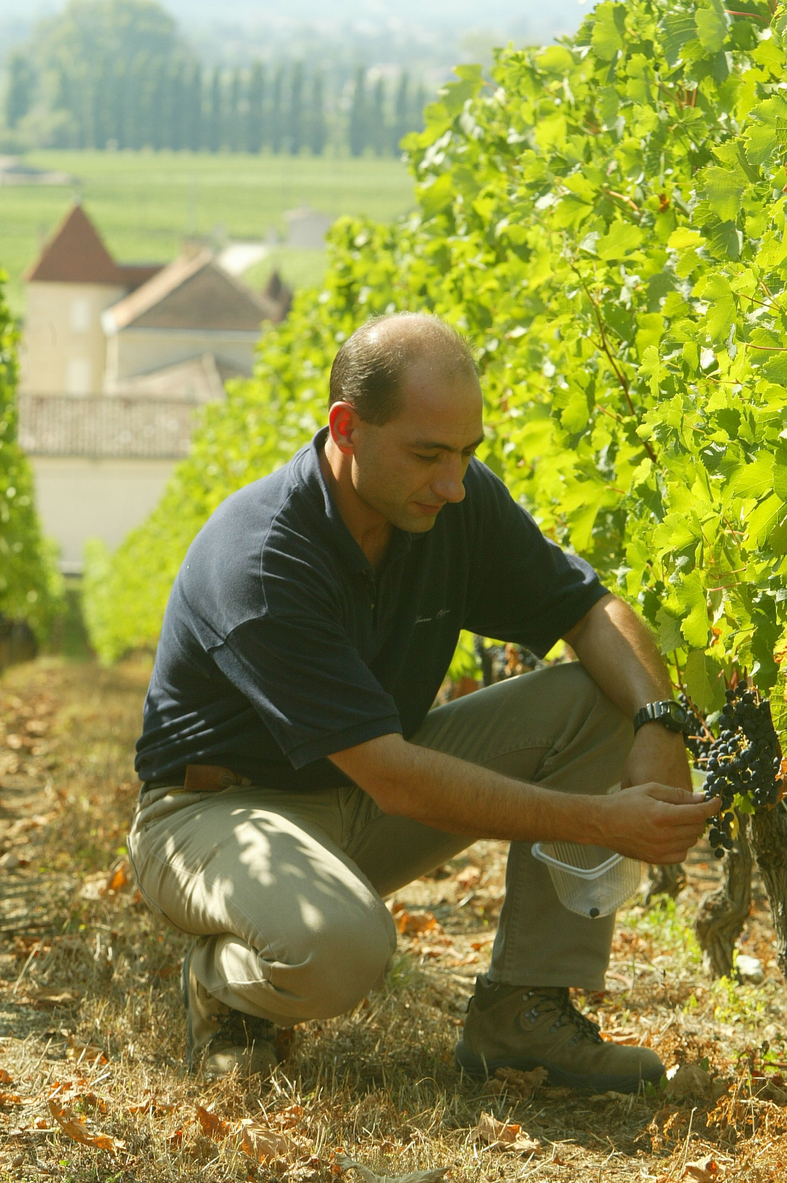 GROUP TECHNICAL DIRECTOR OF THE 3 THINKERS

After completion in technical studies, Marc joined the management training at the agricultural engineering school of Bordeaux. He has more than 20 years of experience in the wine industry and worked in classified properties since 1994.

Marc is Ludovic’s manager, who sees through all technical operations and budget planning. He also provides precise advices to the property.

Marc is very passionate in his work and he aims to achieve world class wines.